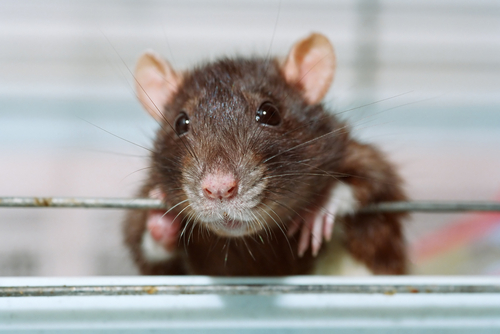 Regret has been previously assumed to be specific to humans. However, new research published in the journal Nature Neuroscience suggests that rats may also possess this cognitive behavior.

Previous research has suggested that there are social benefits to regret in humans, for instance, that regret helps us to learn and prepare for the future.

“Regret is the recognition that you made a mistake, that if you had done something else, you would have been better off,” says author behind the new study David Redish, PhD, a professor of neuroscience in the University of Minnesota Department of Neuroscience.

Redish and lead author Adam Steiner, a graduate student in the Graduate Program in Neuroscience, used definitions of regret identified by economists and psychologists.

“The difficult part of this study was separating regret from disappointment,” acknowledges Redish, “which is when things aren’t as good as you would have hoped. The key to distinguishing between the two was letting the rats choose what to do.”

Because specific neural patterns are visible in human brain activity when a person is experiencing regret, the researchers wanted to see if this applied to other species as well. To test this, the two scientists implanted electrodes in the brains of four rats and devised a task to provoke feelings of regret in their rodent subjects.

Redish and Steiner constructed a maze, consisting of a circle and four spokes. They placed banana, cherry or chocolate-flavored food at the tips of three of the spokes, while unflavored food was added to the tip of the fourth spoke.

When rats were running through the maze, a tone would sound when a rat arrived at a spoke. The pitch of the tone would signify how long – between 1 and 45 seconds – the rat would be forced to wait before receiving the treat.

The researchers conclude that, after making a “bad choice,” the rats were thinking about their previous food choice and wishing they had waited the time out to receive their first choice of treat. The rats were experiencing regret.

The rats were given an hour to explore the maze each time. This added pressure on them to make the most efficient use of their maze time as possible. With this in mind, the rats were given a choice between waiting the signified time for their treat or moving on to the next spoke.

Redish and Steiner found that rats had different preferences for different foods, and so would be more inclined to wait for longer at a spoke that the rat knew would deliver its favorite treat.

Each preference could also be visually detected by the researchers, using specific nerve-cell patterns in brain activity – so they could tell when a rat was thinking about its favorite food.

In situations where the rat gave up waiting at one spoke and decided to try its chances at the next spoke, but was then forced to wait even longer, the scientists found that – as well as looking back to the previous spoke – the nerve-cell pattern corresponding to the previous spoke choice would light up in the rat’s brain.

From this, the researchers conclude that the rats were thinking about their previous food choice and wishing they had waited the time out to receive their first choice of treat. The rats were experiencing regret. 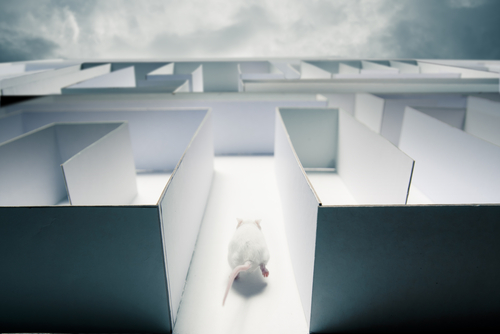 After a rat had experienced this regretful decision, Redish and Steiner found that the rat would wait longer than they usually would to receive the next piece of food and would also consume the food up to four times faster than they normally would.

The authors believe that the results of their rat trial – dubbed “Restaurant Row” – provide a platform for neuroscientists to ask more questions about why we participate in certain behaviors.