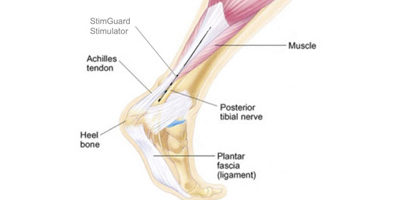 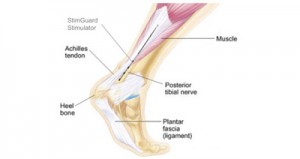 StimGuard has been collecting pilot data for new wireless microtechnology, in the form of an injectable tibial stimulator.

The move comes just as the startup plans to launch a U.S. pivotal trial for the device this summer. It expects to get the incontinence device through clinical testing to enable a CE mark this year and to submit it for approval to the FDA in 2016.

Urinary incontinence can already be treated with neurostimulation, but the procedure currently requires routine office visits or surgery, according to the company. StimGuard is hoping that its device will simply be injected in the urologist’s office, perhaps making its use easy and common. More than 200 million people globally have urinary incontinence–a figure that is only slated to climb as the elderly population grows.

The company itself remains a bit shrouded in mystery, having just come out with its first statement announcing the upcoming U.S. pivotal trial earlier this month. FierceMedicalDevices reached out for further information about the history of the company and its investors, but hadn’t received a response by press time.

In December, Medtronic ($MDT) acquired another urinary incontinence startup, Advanced Uro-Solutions, for an undisclosed sum. It expects to launch its product, the 510(k)-cleared tibial stimulator Nuro, this year; it requires ongoing 30-minute treatments three to four times weekly via a 34-gauge needle that’s placed near the ankle. Medtronic already markets a sacral neurostimulator that is implanted surgically to treat incontinence called InterStim.

The data for the StimGuard Tibial System seem promising but quite preliminary. StimGuard reduced voiding episodes by more than 80% on average in only two patients with incontinence. The prospective, randomized, controlled U.S. trial aims to include 60 patients from 5 centers.

“The therapy is utilized for just eight hours a day, so it can be conveniently administered using only a sock worn during the evening or overnight,” said StimGuard Director James McGivern in a statement. “Chronic tibial stimulation affects multiple afferent paths to the micturition centers, possibly better serving patients than classic sacral neurostimulation over the long term.”

This article originally posted on FierceMedicalDevices.com.

Medical Devices Are Cool Again — Prototyping For The Future
March 20, 2015