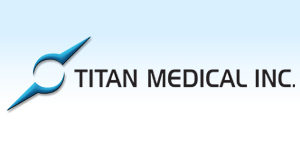 Titan Medical touts the 1st working prototype of its robot-assisted SPORT Single Port Orifice Robotic Technology, which allows surgeons to conduct surgeries using only instruments inserted in a 25mm-diameter opening in the abdomen.

Titan Medical (CVE:TMD) now has a functioning prototype of its Single Port Orifice Robotic Technology (SPORT), a robot-assisted surgical system that precisely matches a surgeon’s hand movements with tiny instruments introduced into the body via a single opening, the Toronto, Ontario-based company announced.

Ximedica, Titan’s development partner, is planning a pilot launch of the SPORT system, the companies said in a press release. Dates for a potential launch were not disclosed.

“We are extremely enthusiastic and encouraged by the recent working demonstration of the functional prototype of the SPORT surgical system,” Titan CEO John Hargrove said in prepared remarks. “The progress that we have witnessed to this point in time instills a high degree of confidence that we can quickly move towards the pilot project launch stage and then successful commercialization.”

The SPORT system includes “2 multi-articulating instruments, each capable of moving with 7 degrees of freedom and an intra-abdominal 3D HD vision system,” the companies noted. Both instruments and the vision system are housed within a 25mm-diameter port, through which the SPORT system is inserted into the patient’s body via a single 25mm incision in the patient’s abdomen.