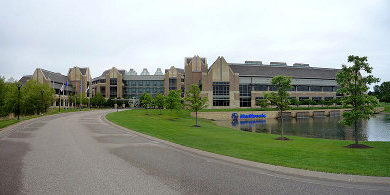 Under an investigational device exemption granted by the US Food and Drug Administration, the in-clinic study will evaluate a closed loop algorithm that is designed to automatically achieve a specified target glucose value throughout the night.

In addition, the study will test the company’s breakthrough fault detection technology, which will play a key role in the commercialisation of a safe and effective system.

Eighty-five subjects will be enrolled at six investigational centers in the US and will use Medtronic’s closed loop, artificial pancreas system consisting of a MiniMed insulin pump, continuous glucose monitor and an Android phone.

The study will be done overnight in clinic, and will evaluate the system’s breakthrough fault detection technology by simulating system failures and assessing the algorithm’s ability to prevent the over or under-delivery of insulin in the most unlikely circumstances.

The system, which has been classified by the FDA as a Control-To-Target system, is a fully automated system that requires no interaction from the user, except for calibration of the continuous glucose monitoring system.

Unlike systems that only manage blood glucose to a broad target range, this system is capable of adjusting insulin delivery to achieve a specific glucose value, such as 120 mg/dL.

Medtronic Diabetes chief medical officer and vice president of global clinical affairs Francine Kaufman said that for more than a decade, Medtronic has been conducting clinical research of artificial pancreas systems, working toward bringing to market systems that ‘think, act and communicate through cutting-edge automation and connectivity’.