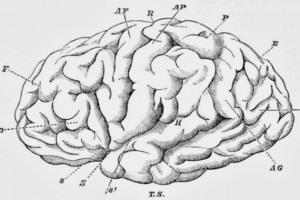 Scientists from Australia believe they have found the brain cells that recognize patterns. And, surprisingly, they were not in the “modern” part of the brain, but in the thalamus, or “ancient brain.”

The findings, published in The Journal of Neuroscience, throw new light on how our brains interpret shapes, particularly edges.

“Our vision cells respond to different information – some to color, some to brightness, and now we’ve found the ones that respond to patterns,” Dr. Kenny Cheong from Australia’s Vision Centre (VC) and The University of Sydney (USyd) explains.

“If you look at your computer screen, you’ll see it has four sides, and each side has an orientation – horizontal or vertical. The cells are sensitive to these ‘sides’.”

And, significantly, this new discovery could have important implications for the medical world as it gives us a better understanding of the visual system. This, Dr. Cheong explains, is “crucial for the development of devices or treatments to restore vision.”

People who lose their vision lack the nerve cells that respond to light, which contains information, such as color, brightness and patterns.

So to develop a device like the bionic eye, we have to replicate the visual system, including these cells, using electronics. This means we must know what cells are present, how they work and what information they send to the brain.” 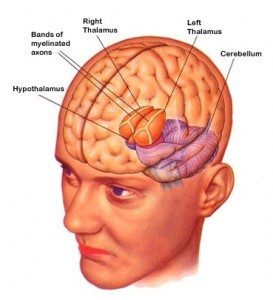 Traditional belief holds that the thalamus, the area near the center of the brain, simply relays information to the more sophisticated “modern” parts, or cortex. But this research suggests that these cells process the information – helping us recognize the things we see and use in everyday life, as well as helping us avoid accidents.

The researchers used marmoset monkeys for the study, which they say applies to all primates. Prof. Paul Martin of the VC and USyd, believes this is the “first study to indicate that primate vision – including human vision – does not all happen in the cortex.”

He goes on to say:

This means that the cortex, or the ‘new’ brain, isn’t the only place that forms an image for us. Even in the early stages, there are multiple pathways and signals going into the brain, so it isn’t simply doing a step by step construction of the world.”

The cells were first discovered about 10 years ago, the researchers say, but their rarity – just a few cells out of thousands – led the scientists to believe they were anomalies, and the data was discarded.

But as Prof. Martin adds, “they cropped up every once in a while, and when we finally put them together, they look much more like cells in the cortex than in the thalamus.”